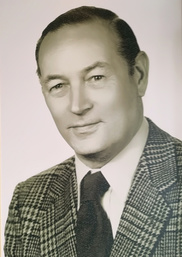 Hans A. Bunse founded the company in 1948 as a mechanical engineering trade. In addition to various lifting devices, small goods lifts, passenger, cargo, hospital and under floor lifts were manufactured for the consumer market.

In January 1957, the company was renamed Hans A. Bunse Maschinenbau.

When structural change became apparent in the German elevator industry in the mid-1960s, Bunse concentrated and specialized in the production and further development of small goods lifts. At the same time, the distribution channel was restructured.

As a pure manufacturing company, the company Bunse since then supplies only to other elevator companies, which also perform the installation and maintenance of the lifts. At the same time, the first elevator systems began to be exported abroad.

Change of name to Bunse-Aufzüge GmbH.

Expansion of the export business and agreements with the first foreign agencies.

Expansion of the delivery program with a small 3-person lift for private homes.

Certification of the company according to ISO 9001.

Constant expansion of the product range on goods lifts and goods lifts with accompanying person.

We are now one of the first companies in this sector that received the new DIN ISO 9001:2015 certification.

We extended our product range by adding a residential lift (IDEALLIFT).